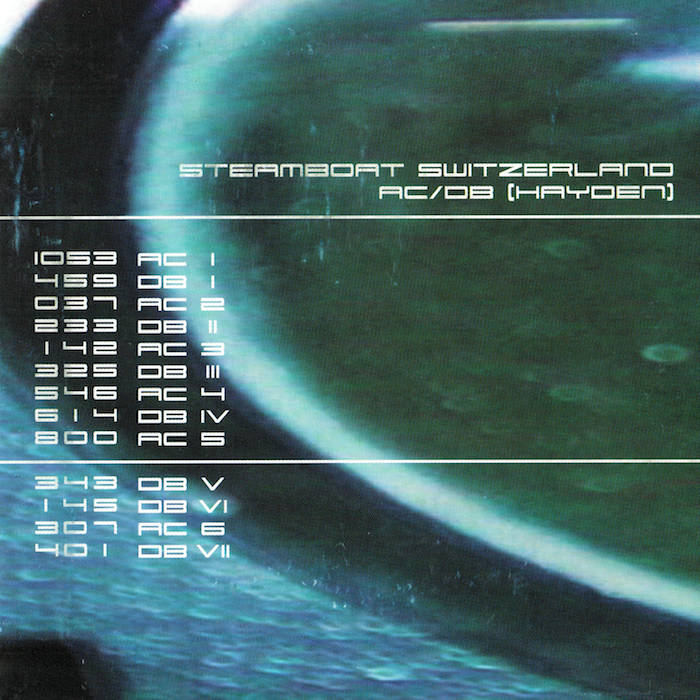 This record features seven compositions by english composer Sam Hayden, which have been commissioned by Steamboat Switzerland - mixed with six improvisations by the trio.

ac/dB [Hayden] is a clash of two compositions: "dB" is a work that the English composer Sam Hayden exclusively wrote for Steamboat Switzerland. On the CD, "dB" alternates with "ac," a collective composition of the band's members, Dominik Blum, Lucas Niggli and Marino Pliakas. Both pieces rub against, wash around and contrast each other as well as radically questioning each other. Thus, an uncommon tension-filled opus comes into being, that (as dumb as it may sound) is more than the sum of its parts. ac/dB [Hayden] demonstrates how powerful, explosive and, well yes, swinging new music can be. Or is it really the progressive music of the "now time" that simply blows away the entire postrock of the last few years and makes us forget it all?
Two CDs were necessary (they function autonomously) in order to give a halfway decent picture of the band. It was worth it. Deeper and deeper in the uncanny intimacy of abstraction!

Bandcamp Daily  your guide to the world of Bandcamp

New sounds from Mavi, Ivy Sole & Moderator, plus AJ, the One joins the show, for her latest release